Apparently some people seem to think my level of productivity is simply not humanly possible: 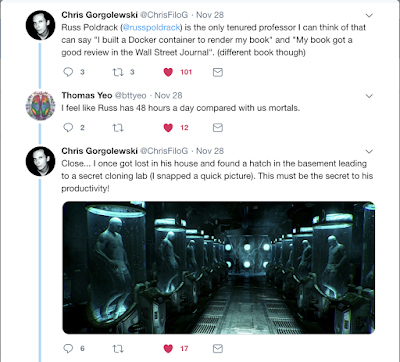 For the record, there is no cloning lab in my basement.  I attribute my productivity largely to a combination of mild obsessive/compulsive tendencies and a solid set of tools that help me keep from feeling overwhelmed when the to-do list gets too long.  I can’t tell you how to become optimally obsessive, but I can tell you about my productivity stack, which I hope will be helpful for some of you who are feeling increasingly overwhelmed as you gain responsibilities.

Hopefully these tips are helpful - now back to getting some real work done!